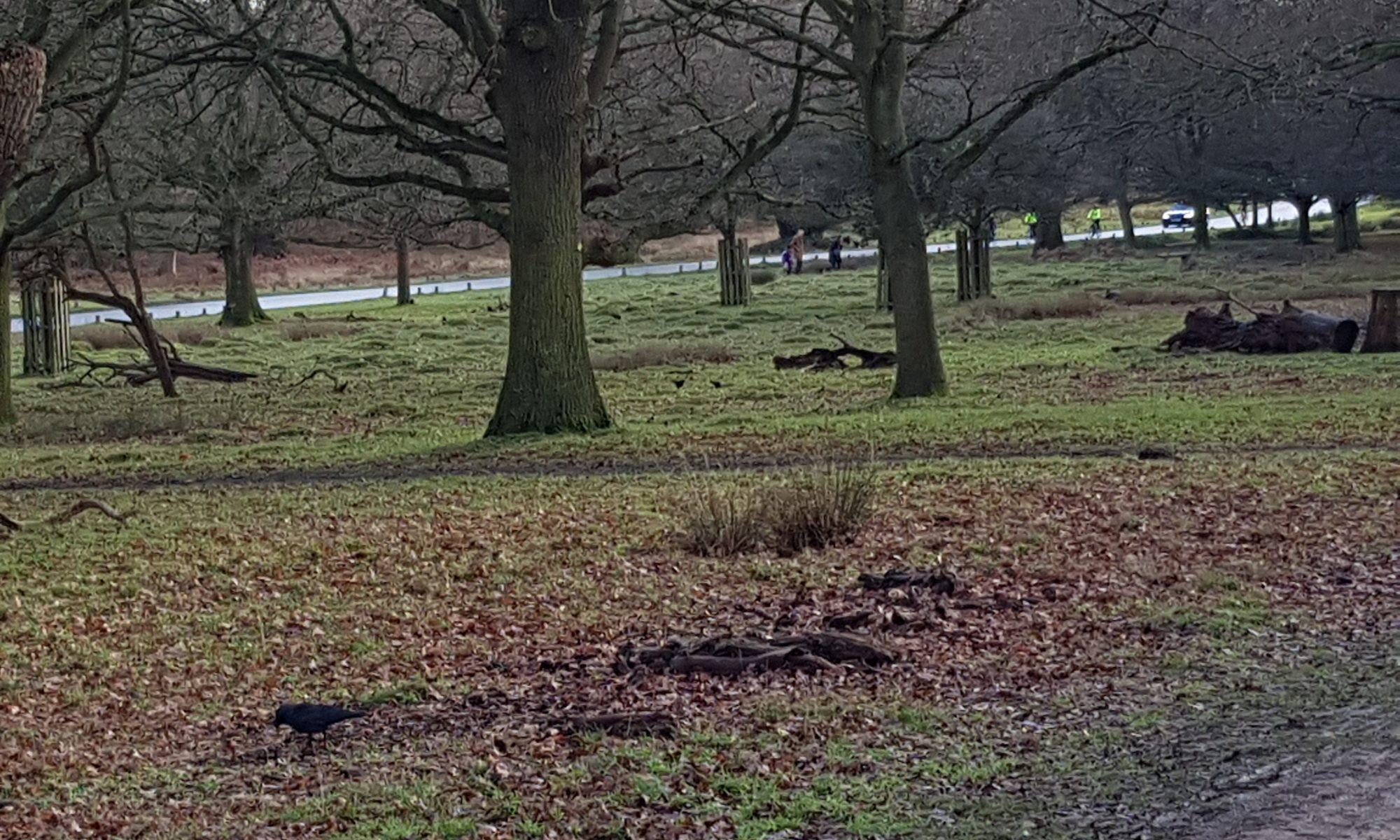 On Saturday Anadi and I were on one of our long long wander walk about through the parks of London Town.

This is where we walk and talk (and run too ) – on the concrete paths and the springy, muddy, dry as a bone frosty grass – all weekend long… The skies alternate between bright blue, sunshine gleaming to heavy grey blue black, with the potential for rain to cascade

We join with the other people of the park who love to walk and talk and wander too – in this sparkling bright jewel of a land right in the middle of the capital City, with magnificent trees rising tall and strong and true to their own direction – roots spreading unseen mirroring their beautiful branches where the  parakeets swoop, ducks and geese and swans lend their opinion to the air…

As we are meant to be…

And so we celebrated the elements and the expanse of grassy green parkland… We circled the animals and the birds, the ducks and geese and joined in with their dance of life…

Along tree lined paths we wandered and then we found ourselves beside the Serpentine Lake – the wide road and pathway was alive with other walkers, folk on skateboards, children on bikes…

And then the Birman appeared

He was walking very slowly and the birds were flying all about him, landing on his head and his shoulders – sometimes taking seeds from his hands.

His presence emanated ease, in his own world, his pace was so different to all the activity about him.

He looked to be in each step more zen; and the birds felt this too and flocked to him

Anadi and I watched him and his friends the birds.

He then walked to the waters’ edge and three herons immediately flew to him – he fed them sardines from a tin, using chop sticks to hand the fish to the birds

‘Yes’, he said, ‘what started as an experiment has grown into a regular outing. And even when they migrate, they have recognised me when they come back’

‘Birds have great memories’ he continued, ‘the phrase” bird brain” is very maligned’

‘Do you live around here’… he then asked

‘I like walking too’, he said … ‘I once walked from London to Brighton to buy a stick of Brighton rock’!

We talked about his route, how long it too and the joy of just heading out and walking…

‘I once ran cross country from London to Brighton’, I offered… ‘It rained the whole day’!

And on we went

The walking taking us were it would